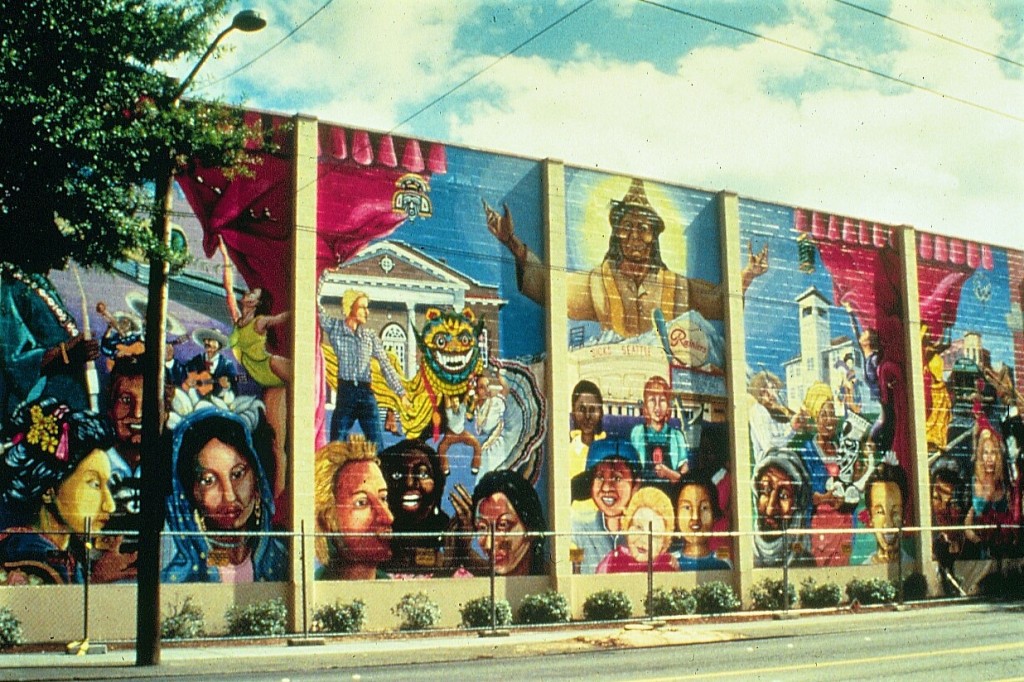 I like to think of myself as a community builder, but I know that community isn’t necessarily a good. A community is simply a group of people who identify with and support one another. Most communities are one kind of people who share a particular interest or identity. Whether they are nazis, gangs, or gated, communities can exclude and even oppress people who are different than themselves.

Communities are at their best when they are inclusive, a quality that seems to be in short supply these days. There is so much stereotyping and polarization with people divided by politics, religion and culture. There is also an epidemic of loneliness as far too many people find themselves at the margins of community.

That is why I am particularly passionate about the potential of place-based communities. It is in our neighborhoods and small towns that people with a variety of identities reside. True, some places have become boringly homogeneous, but most places include people with differences whether those are defined by interest, age, politics, religion, income, race, culture, sexual orientation, abilities, employment, or housing status. Our towns and neighborhoods provide a context for a community with a common identity that can encompass many otherwise separate identities.

Just because diverse people may live in the same neighborhood, however, does not guarantee an inclusive community. Even in places that are quite diverse, I find that the community groups are less so. Neighborhood associations in Seattle, for example, tend to have a higher percentage of older, white homeowners than does the neighborhood as a whole. Local faith-based groups are typically segregated not only by religion but by race. Youth and seniors belong to different organizations. There is a myriad of interest-based groups, each with its own adherents.

While there are often good reasons for people to associate with others who are like themselves, such homogeneity will do little to address the challenges of social isolation, stereotyping and polarization. Moreover, a neighborhood will have negligible impact at City Hall if the activists can’t demonstrate that they represent the multiple interests and identities of their place. Here, then, are some of the lessons I’ve learned about how to build a more inclusive community.

Most associations have a very narrow agenda and their community outreach generally involves promoting that agenda. Then, when people don’t join their campaign, they blame people for being apathetic. No one is apathetic. Everyone cares deeply about something. So, if associations really want to get more members, they should spend more time listening and less promoting.

Many neighborhood associations in the United States, for example, are focused on land use issues. Then, they complain about how difficult it is to engage tenants. If they listened to tenants, they would learn that tenants are often more concerned about issues such as housing affordability, access to transportation, public safety, and opportunities for their children.

In Canada, many of the neighborhood associations were initially organized to build and manage hockey and other facilities for community recreation.  Some associations continue to have that focus but find it difficult to recruit new Canadians who may not share their passion for playing hockey or running a community center. The 157 Community Leagues in Edmonton are taking a different approach; they are co-sponsoring an Abundant Communities Initiative which is training volunteers to have conversations with their neighbors to learn what they care about.

Likewise, Sport New Zealand is concerned that fewer people are participating in organized sports and that significant portions of the population are underrepresented in its programs. So, sporting groups throughout the country are taking a community-led approach. In addition to promoting rugby, these groups are listening to community priorities and finding ways to support those initiatives.

Most associations rely on meetings as the primary vehicle for engaging their community. While some meetings are necessary, they are probably the least effective tool for engagement. Shy people don’t feel like their attendance makes any difference. Young people (and most others) feel bored. People seldom see results from their participation; one meeting just leads to another.

Projects are a great way to engage people. Everyone, including shy people, has something to contribute. Unlike with meetings, projects entail a short-term commitment and there’s always a result. When the Vancouver Foundation’s research revealed an alarming rate of social isolation, their solution wasn’t to fund discussion groups on the topic but rather to support more than 1000 community self-help projects in 17 communities across the lower mainland of British Columbia.

Social events can be an even more powerful way to build relationships, especially across differences. In Southeast Seattle, world dance parties attract hundreds of people from all ages and cultures as they teach one another their dance. Likewise, everyone relates to food. As Pam Wharton of Incredible Edibles in Todmorden, England puts it: “We’re a very inclusive movement. If you eat, you’re in.” Community gardens, farmers markets and community kitchens are wonderful tools for bringing diverse people together. Neighbors across Australia are welcoming refugees by inviting them over for dinner. 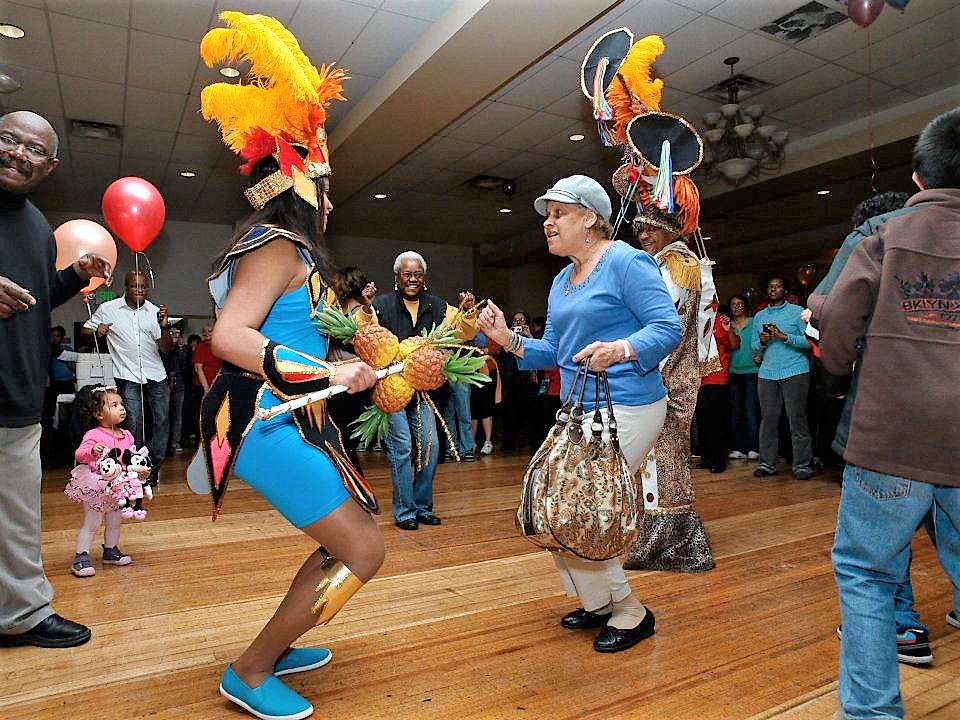 The power of going beyond meetings is evident in Westwood, a Cincinnati neighborhood of 35,000 residents. The Westwood Civic Association has been faithfully meeting for 150 years and advocating with City Hall around issues of crime, zoning and development. While the Civic Association has played a valuable role in a neighborhood with some very real and continuing problems, there were some other neighbors who believed that the primary challenge was to build local pride and participation across their diverse community. They described themselves as a drinking club with a civic problem when they first got together in 2010. Now known as Westwood Works, their pop-up beer gardens, street parties, art shows, movie nights, Saturday morning walks, holiday events and pop-up shops have engaged thousands of residents from all walks of life. In the process, the neighborhood and its business district are becoming revitalized.

A recent survey sponsored by the Vancouver Foundation showed that half of the respondents found it difficult to make friends and that one-quarter experienced social isolation. Similar results are being reported in other cities around North America. What kind of community closes its door to so many of its neighbors?

There are many causes of social isolation, but one of the keys factors is that these neighbors are regarded as clients of a service system or even as neighborhood problems rather than as fellow citizens. When we think of some as poor, homeless, disabled, non-English speaking, at-risk, addicted, mentally ill, unemployed or retired, we tend to focus on what that person is missing rather than on the contributions they could make. A truly inclusive neighborhood recognizes that everyone needs community and that community needs everyone.

I recently had the privilege of facilitating a workshop for graduates of the Opening Doors Community Leadership Program in Melbourne. The program is for people who are passionate about social inclusion including many individuals who enrolled because they were feeling excluded. Some of the 130 graduates are using their skills as artists, musicians, and thespians to help the community better understand and connect with people who have been labeled by their deficiencies. Others are leading and teaching in the University of the Third Age which recognizes that everyone has something to teach as well as something to learn whether that is a language, a craft, or how to be a better neighbor.

Many neighborhood associations recognize that they are insufficiently representative and try to recruit a more diverse membership. The individuals they recruit don’t always feel that welcome, however, because the leadership, agenda, language, culture and relationships have already been established. Moreover, those individuals may feel like tokens with no connection to people who share their perspective. It’s really difficult to get the full diversity of the community adequately represented in a single association.

It’s important to recognize that neighborhood associations are one among dozens of groups, both formal and informal, in every neighborhood. There are people organized around culture, sport, religion, labor, education, public safety, service, business, art, music, dance, history, politics, environment, gardening, youth, seniors, coffee, beer, addiction, cards, books, knitting, dogs, birds, and all sorts of other interests. No one group can adequately represent the neighborhood, but collectively, they can exercise real power. 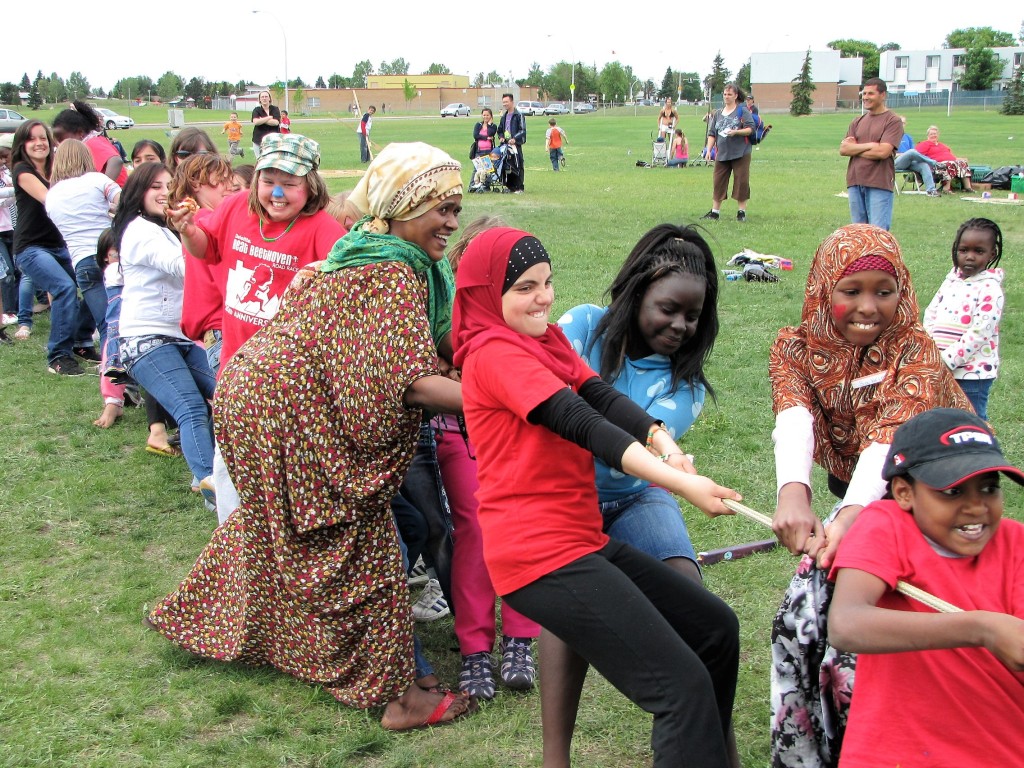 Neighborhoods are so much more powerful when everyone is pulling together in the same direction.

Saul Alinsky understood this and worked to build neighborhood organizations comprised of local associations such as churches and unions. That’s the approach we used in organizing the South End Seattle Community Organization (SESCO) in the late 1970s. Half of SESCO’s 26 member groups consisted of neighborhood associations and the other half were faith-based. There was a black Baptist church, a white Lutheran Church, a Japanese Methodist church, a Jewish synagogue, and so on. Each faith-based group, with the exception of the Catholics, tended to be pretty homogeneous, but working together, SESCO reflected the full rainbow of the community.

It’s probably not possible to bring all of the community groups together, so you need to be strategic. Which groups have a lot of active members? Which groups include people who are currently underrepresented in your association? Meet the leaders of these groups and explore opportunities for collaboration.

Don’t limit yourself to working with groups that share your positions on issues. If you can develop consensus with groups that have been adversaries in the past, you can approach City Hall with a united front and be in a much more powerful position. Most important, if you want to be truly inclusive, look for opportunities to support the voices and initiatives of groups representing neighbors who have suffered from racism and injustice.

Of course, the power of collaboration goes beyond influencing City Hall. It’s also about building on the respective strengths of each group to accomplish those things best done by community. Perhaps the most important role of community is to find ways to better understand and care for one another. 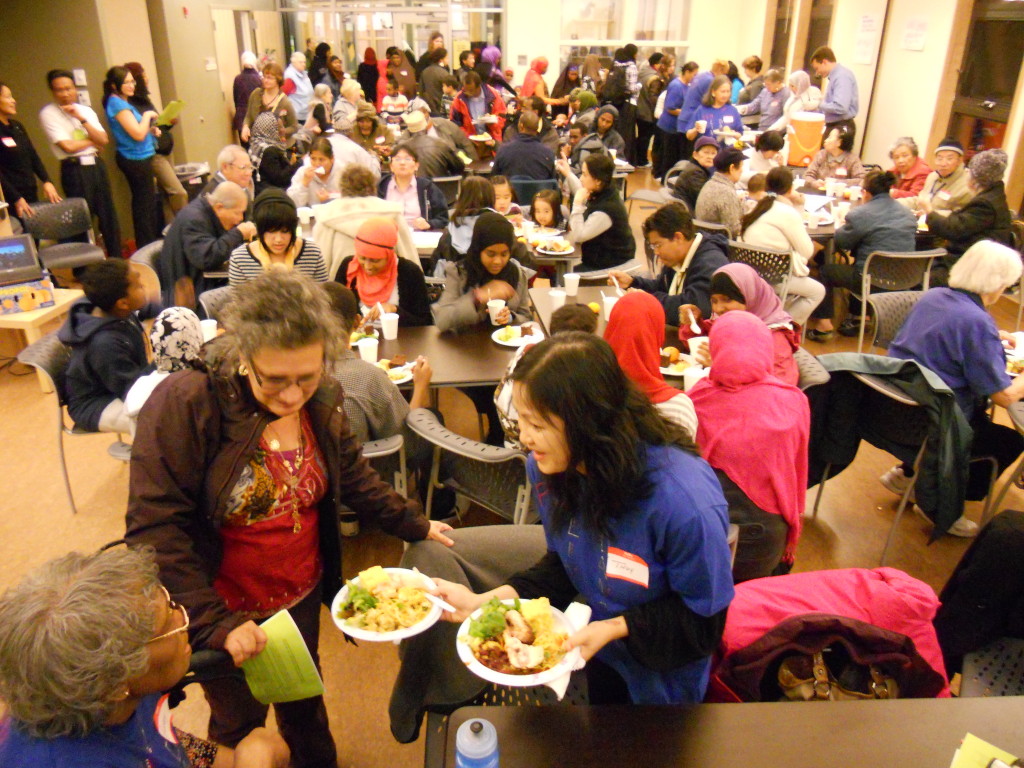 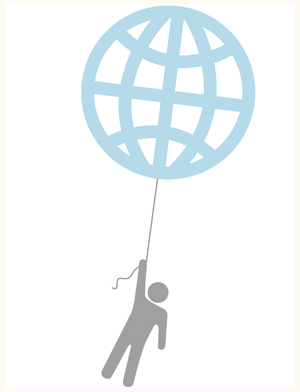